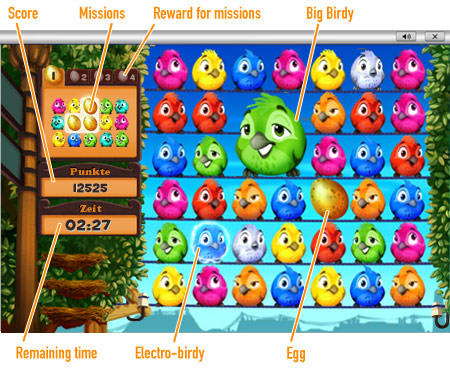 You can shift rows of birdies horizontally or vertically to form groups of three or more like-coloured birdies. 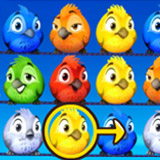 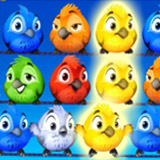 The three birdies don't have to be in the same row; you can also form L-shaped groups across rows. 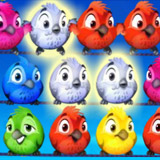 You will be shown a possible move if you don't make a move for 10 seconds. 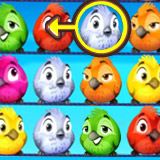 Hints are free, so no penalty points will be deducted for them.

Shift a birdy where you want it by dragging and dropping it to the desired location.

One important objective is fulfilling your tasks. A mission is completed by clearing a specific amount of birdies in specific colours.

The missions can be found at the top, left-hand side of the screen. 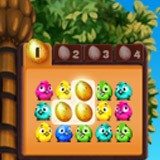 Once you clear the necessary birdies, a golden egg will appear on the screen.

An egg appears on the screen once you fulfill a mission.

Form a group of 3 or more eggs to proceed to the next level. They are combined just like combining birdies, horizontally or vertically.

Hint: You only need 3 eggs to form a group but sometimes it's easier if you unlock a fourth egg.

Forming a group of 5 or more birdies will unlock an electrified birdy.

If you clear a square of like-coloured birdies, a big birdy will fly onto the screen.

This birdy can also be cleared by joining it into a group of three or more like-coloured birdies. Clearing a big birdy will earn you extra points.

Hint: Clear the big birdies as fast as you can. They will block you from sliding certain rows and columns.

Fluffy has 3 levels and the mission difficulty increases with each new level. The regular playing time is 4:30 minutes.

When the time is up the game is over.